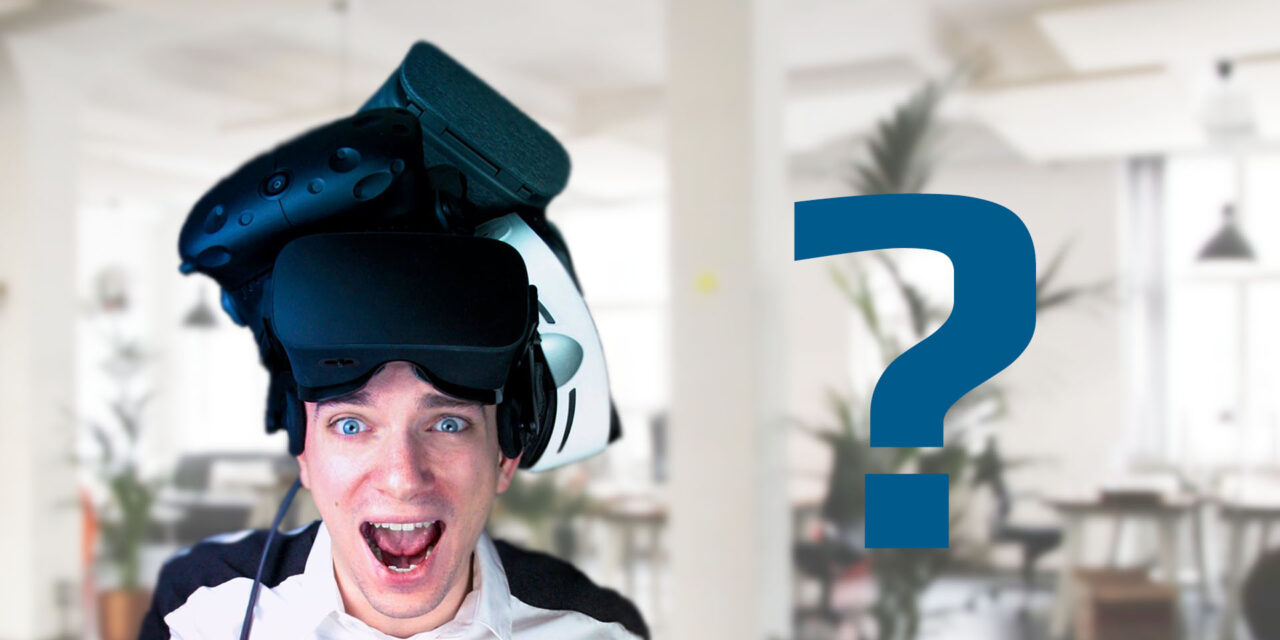 In the jungle of VR glasses many people are overwhelmed by the amount of vr headsets out there. If you search in Amazon for “vr headset”, you will get a variety of possible devices in different price ranges. But despite good customer reviews, many of them are not really suitable for professional VR use. We introduce you to the most important glasses that are already established in the B2B sector.

However, before we give specific hardware recommendations, it is important to know the different types of VR headsets. Therefore we divide the vr headsets into three types: Standalone, PC Powered and Smartphone Powered.

Standalone devices work, as the name suggests, completely independently. Therefore, the glasses contain sensors, processor and a screen. This makes them particularly mobile and easy to use, as only one pair of glasses needs to be brought to a trade fair, for example. However, the performance of these devices is limited.

This is probably the king league among the VR devices. The headsets include a screen and sensors, but they must be connected to a powerful computer or laptop with VR compatibility. Due to the enormous computing power they are very well suited for complex real-time 3D applications, for example CAD or photorealistic 3D environments.

This category is probably the most found one on online shopping portals. Here the VR glasses are only a cover in which the user must insert his smartphone. The smartphone then serves as a screen and its various sensors are used for tracking. The tracking is recorded by the movements of the head.

Which headset suit your needs?

All three types have their relevance for different purposes. But don’t worry, the decision for one type is pretty easy. It should also be mentioned that the recommendations are based on our trade fair experience, etc.. Thus our preferences have been included in the decision.

Standalone: Oculus Go – The perfect introduction to the 360° VR world

Unpack your vr headset and put them on. There is no easier way to use vr than here. The Oculus Go impresses with a similarly good image quality as the Oculus Rift S. With 360° photos and videos, the VR experience is just as good. However, there is a disadvantage with the computing power and the tracking of the applications. For example Real-time 3D applications of complex machines are much more difficult to achieve. The Oculus Go is therefore the perfect mobile companion for 360° videos and photos.

At this point it is important to mention that Oculus now offers another standalone VR headset, the Oculus Quest. In contrast to its predecessor, it has sensors for spatial tracking, so that users can walk around naturally in a room. This is especially useful for real-time 3D applications. With panoramic photos/videos, on the other hand, it offers no advantage. Currently we do not recommend the Quest, because only selected content is allowed in the Oculus Store so far and consists mainly of gaming applications. Therefore the distribution of your VR application is not as easy as with the Go, where the store is less curated. In the future Oculus plans a B2B area for the Quest. Once implemented, the Oculus Quest will also be a VR headset that we would recommend for professional applications.

The Oculus Rift S is a high quality VR headset, which impresses with easy usability. Unlike other PC Powered glasses it works without external sensors. Therefore the effort for the setup is relatively low. Open the laptop and connect the glasses. The VR Station is already ready for use for your customers!

Due to the high computing power of the computer, there is a great flexibility in regards of the content you want to show. You can display 360° photos and videos as well as complex 3D models. The latter is much more difficult to implement with Smartphone Powered and Standalone devices. Another advantage is that the Rift S also supports spatial tracking. This allows your users to move around the room to view a machine from several perspectives, for example.

VR hardliners probably miss the Valve Index as a PC Powered Headset here. The quality of these glasses is in some aspects better than the Rift S, but we have made the experience with customers that due to the additional two tracking sensors (Lighthouses) which must be set up, mostly the Rift S is preferred. It fits in discretely in an exhibition stand and can also be set up quickly for VR presentations at the customer’s site.

Google Cardboard offers probably the worst VR experience, but still gives you a first insight into the VR world. The best way to convince customers with VR is to experience it for yourself. Therefore, a cardboard is a cost-effective way to give the customer something that he can take with him. In addition, almost all popular smartphones support Google VR.

Google Cardboards can also be specially printed with your logo and thus represent the perfect VR giveaway. The best case is achieved with a combination: Present with a Go or Rift S and then give the customer a cardboard so that he can also show your VR presentation to other people.

Exception: Actually we should recommend the Samsung Gear VR in this category, because it achieves a similar quality as the Oculus Go and the Rift S. However, the purchase of smartphone and glasses is significantly more expensive than a standalone device. Do you already have a Gear VR compatible smartphone? Then these glasses are certainly a very good choice.

Simply enter the VR world at a reasonable price, for example with an Oculus Go. Our software solution, the present4D VR-Suite, is the perfect solution for this. With it you can view all contents with the VR glasses mentioned above. With the motto “Do-It Yourself” you can create your VR content at your own discretion. You don’t have to worry about the distribution of your VR presentation either. If you have further questions do not hesitate to contact us. We are always ready to support our customers in their VR project.

Tip: Together with our partner “Schenker” we are currently offering hardware bundles. With the starter package you get a 360° camera, our software and the Oculus Go at a discounted price. So you have everything you need to create and present your own VR experience! 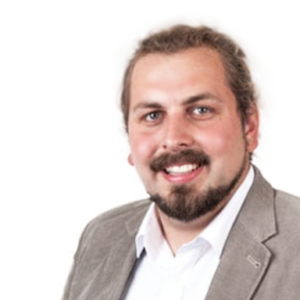 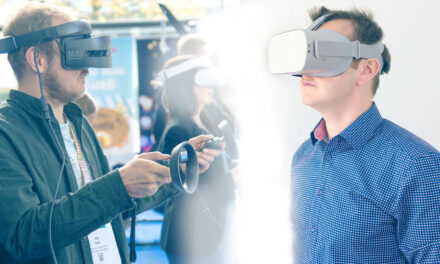 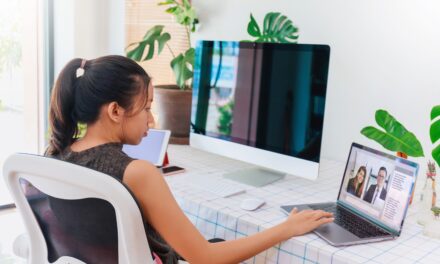 Meetings and Presentations in Times of Corona